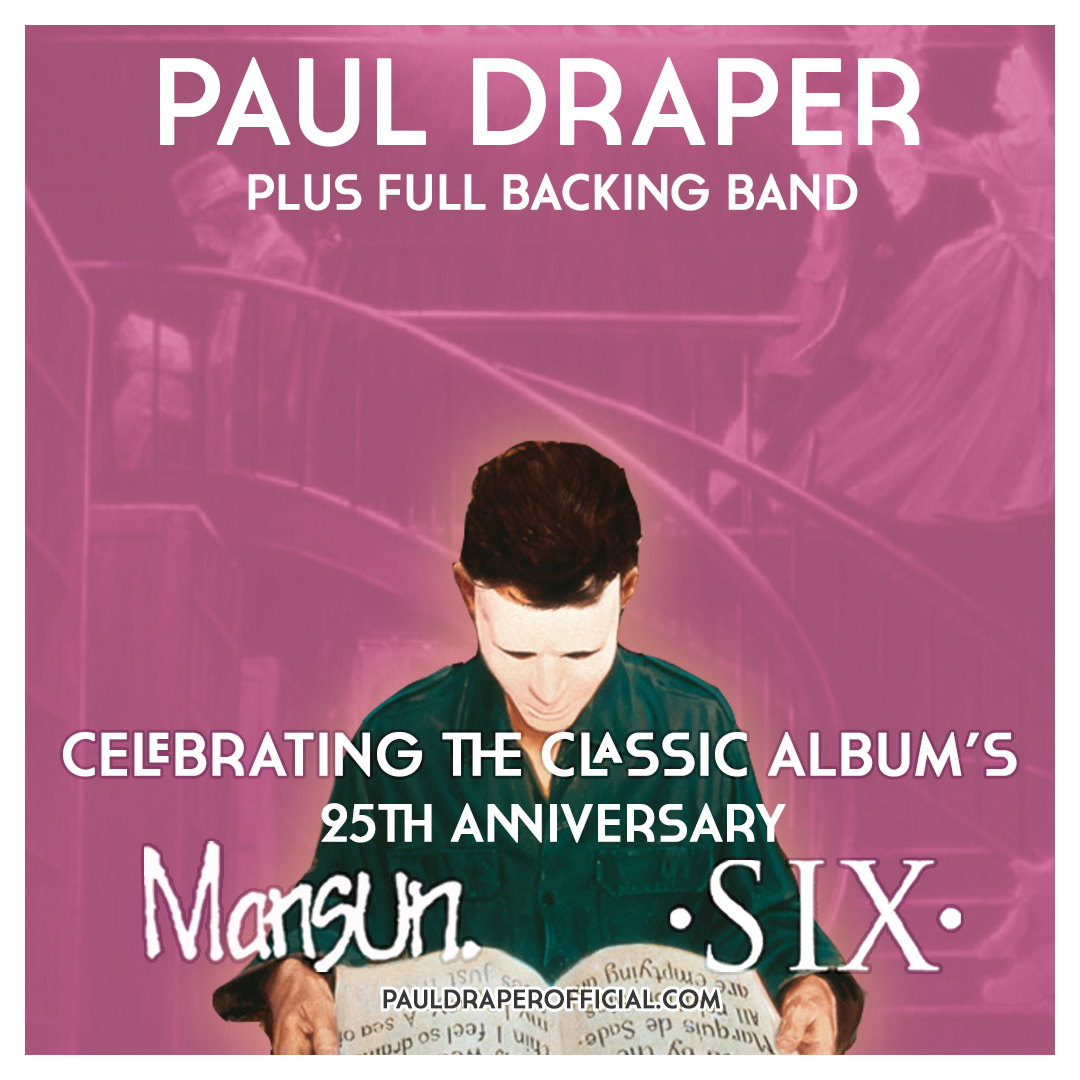 Paul Draper has announced he will be perfoming two full sets on his upcoming full band tour.

In this unmissable show, Paul and his band will open with a full set of material from both his solo albums, 2017’s ‘Spooky Action‘ and this year’s ‘Cult Leader Tactics‘.

After a short intermission , Paul and the band will perform Mansun’s sophomore classic album ‘Six‘ in its entirety for the first time ever!

Tickets for this inimitable event are selling fast, the last remaining tickets are available here!